When he first pitched his idea to investors for bringing crowdsourced agricultural information to farmers, Kenny Ewan found it hard to drum up enthusiasm. “I got a lot of worried looks,” says the social entrepreneur. Since then Wefarm— aimed at small-scale farmers, initially in Africa via a text messaging service — has raised several rounds of seed funding. The latest, announced in March, secured $500m, led by Silicon Valley’s True Ventures.

The fundraising success of the UK-based company Ewan founded reflects a growing interest in agricultural innovation from investors who are looking to make an environmental impact. “There’s an emerging excitement,” he says. “Small-scale agriculture is probably the biggest industry on earth and it hasn’t really been tackled by investors. But people are becoming increasingly aware of it.”

Reflecting this, Arabella Advisors, a US philanthropy and impact investing consultancy, has launched Good Food, a practice to help a group of philanthropists and impact investors make investments that can help transform the US food and farming sector. “The fact that this group even exists shows there are investors who care about our food system,” says Eric Kessler, Arabella’s founder. “There’s lots of money out there for good early-stage seed-round investment in food and agriculture.”

The growing number of impact investors in the sector is filling a gap left by traditional investors for whom its low margins and long-time horizons are unappealing.

“There needs to be some education,” says Kate Danaher, senior director of integrated capital at RSF Social Finance, a San Francisco-based non-profit that makes loans to social enterprises by raising funds from investors, who can put in as little as $1,000. “Food’s not a risky bet, it’s just a different type of investment.”

For investors whose aim is to improve people’s livelihoods and protect the planet, the food and agriculture sector is one where investing in sustainable and ethical practices can have a substantial impact.

Agriculture is responsible for deforestation, groundwater depletion and loss of biodiversity. The sector uses 70 per cent of the world’s fresh water and generates more than 20 per cent of global greenhouse gas emissions, according to the UN Food and Agriculture Organization. “It needs to be squarely in the bull’s eye of climate innovation,” says Nancy Pfund, managing partner of DBL Partners, a San Francisco-based venture capital and impact investment firm. “Forty per cent of the people on this planet are working in some kind of ag-related activity.”

Meanwhile, food and nutrition underpin human development and will be increasingly in demand as the global population expands. Food production will need to rise by 70 per cent to meet the needs of the 9bn-plus people on the planet by 2050, according to UN figures.

If this sounds daunting, the good news is that the food and agricultural sector is attracting not only impact investors but also a new generation of innovators and entrepreneurs who have set their sights on increasing food production and improving nutrition while conserving the planet’s natural resources.

Kessler says he is inundated with new ideas from entrepreneurs: “I’m seeing a dozen pitches a week from companies in our pipeline of deals. That doesn’t mean they’re all good pitches, but the volume is tremendous.”

The most successful of these are achieving scale. Wefarm, for example, now has almost 1m farmers registered for its service in Kenya, Uganda and Peru. In the US, Revolution Foods — which, with DBL Partners as an early investor, provides affordable healthy school meals — has so far delivered more than 200m meals across the country since Kristin Richmond and Kirsten Tobey founded the company in 2006.

The social and environmental impact of investments in sustainable agriculture can be measured relatively easily. Kessler cites one of Arabella’s investments, SLM Partners, which purchases land and works with farmers to convert that land to organically certified regenerative farming. This eliminates pesticides and artificial fertilisers, and aims to regenerate soil, increase biodiversity and conserve water. “We can measure the acreage in organics,” says Kessler. “And we can measure the impact that has on market availability, pricing and the economic impact on those farmers.”

Data such as the rate of farm closures can be used to measure relative improvements in agricultural livelihoods, says Pfund. “Farmers are struggling in many parts of the world,” she says. “But when you develop the tools and community to turn that around, you’re going to see a very measurable impact.”

Even so, Ewan of Wefarm believes impact investors must become more ambitious in making large-scale investments if the global food system is to undergo a significant and positive transformation. “That’s missing in the impact space,” he says. “There aren’t many people out there building global businesses for the benefit of humanity — that’s what you need for this to be game changing.”

Data tool proves its worth in the field

When software industry veteran Lance Donny reflects on the growth of OnFarm, the California-based data company he started in 2012, he gives his early investors credit for a critical quality: patience.

“In agriculture, we want to build an organisation that has legs, that has long-term impact for the industry,” he says. “So you have to have investors with a longer-term approach and that aren’t looking for a short exit.”

OnFarm brings together data from sensors, monitors and other digital systems through a single app that can be customised and used on a handheld device, a television or a computer. By combining and simplifying these data sources, it allows farmers to make better decisions, such as how to reduce their water consumption.

This both protects supplies of a natural resource and helps farmers improve their bottom line. “Our mission was always around helping growers,” says Donny. “If a grower does well, they also do good.”

In June, OnFarm was acquired by SWIIM System, which uses information such as regional weather and satellite data and integrates it into a software service that helps farmers manage their water budget.

“OnFarm has a very strong data delivery platform that SWIIM didn’t have,” says Kevin France, SWIIM’s chief executive. “It has additional data that’s synergistic to what SWIIM is gathering in the field. We look at this transaction as one plus one equals five.”

Given the risks that farmers face from increasing pressure on water — both in terms of supplies and restrictive regulations — France argues that the environmental impact of the combined company will drive revenues and profits for farmers. “If we’re meeting that, the top line and bottom line will follow,” he says.

If your goal is to change lives, making a profit is a powerful indicator that you are on the right track, says Liisa Smits, founder and managing director of Ignitia, a tropical weather-forecasting service for farmers. “The customer gets to decide if what you do is useful or not,” she says. “If you live on $2 a day and you’re ready to spend money on our product, then you really do add value.”

Ignitia — whose forecasting system helps small-scale farmers in west Africa make better decisions on planting and harvesting — can measure this impact. A study conducted last year by the University of California, Berkeley, found that where farmers were using the service, average yields rose by 65 per cent. “That means we can push someone who is on $2-$3 a day,” says Smits. “This is where the farmer can start to invest.”

Using a pay-as-you-go subscription, the forecasts are sent as text messages to mobile phones. To accommodate low literacy levels, the service uses a limited set of key words such as “rain”, “dry”, “morning” or “evening”.

Developing the technology behind the service was not easy. Unlike the large weather systems in much of the world, which can be tracked up to a week in advance, tropical systems are smaller and more changeable. “It can go from clear blue to downpour in a matter of minutes,” explains Smits.

After leading a research project at the University of Washington, Smits and her team moved to Ghana where Ignitia launched its service in 2015. Ghanaian farmers face the same problem as millions of smallholders in developing countries: weather forecasts tend to be inaccurate and far too general to help them make decisions about planting and harvesting. By contrast, Ignitia’s localised service, which uses high-quality satellite data and algorithms, has an 84 per cent accuracy rate.

In July, Ignitia raised $1.4m in funding that will help it expand into more countries. It also plans to work with agricultural suppliers to bundle its service with the seeds and fertilisers they sell. “That means we can scale up more quickly because we won’t have acquisition costs for customers,” says Smits. 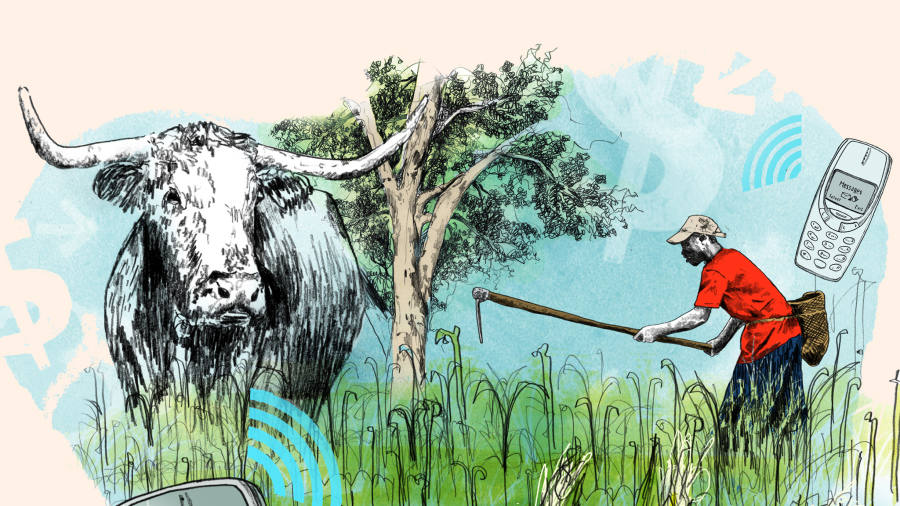 More examples of impact projects are identified each year in the FT/IFC Transformational Business Awards. Apply at live.ft.com/transformationalbusiness

The Principles for Responsible Banking have officially been launched by leading banks and the United Nations, with 130 banks signing up to

Enel, a leading private electricity company in the world by renewable installed capacity, has launched a “sustainable” bond for institutional investors on

Energy-smart companies save US$55millions while driving down emissions

Using energy in smarter ways can save companies a lot of money even for large multinational companies, such as UltraTech Cement, Hilton

Your daily news source for environmental, social and governance initiatives.

Samsung and UN partner to support the Global Goals

EUR 10 billion to support the Circular Economy in the EU

Your daily news source for environmental, social and governance initiatives.

Because we can change the world through our investment decisions, consumer choices and lifestyle practices

The purpose of this site is to serve as a daily news source and learning point for ESG, SRI and Impact investment trends and to promote awareness of environmental, social and governance issues and opportunities.